In this Vampire Survivors Mods & Making Your Own Character Guide, WE will show you how to edit every Lil thing, from weapon rarities to character stats to just straight up adding your own character/ modifying an existing one entirely. Also, read here: Vampire Survivors Weapon Evolution, Collection & Character

I’m obligated to say DO THIS AT YOUR OWN RISK, not that there should be much of one, but that depends what you try to change.

There are a few steps to take first before we do anything.

and now, some ground “rules”, particularly important in general, whether or not you’re doing it guideless which isnt recommended.

used to unlock the Red Death character, which is only usually obtained by killing the boss at level 30, which is basically impossible without exploits, suffering, or doing something silly like setting damage to 10000000000 and hoping it works, because it doesn’t.

1. Do the steps in the introduction

2. in your text editor, press CTRL+F and in the search box that shows up, type “Red Death” without quotations.
Luckily there should only be one entry for this character in the file so you shouldn’t be able to mess it up, but along the same line it should say things like “description”, “price” “maxhp” etc.

3. locate the part that says “hidden’:!0x0” just before where it says “Red Death” and “startingWeapon SCYTHE” (if you wanna mess with that check the other section)

5. CTRL+S and you’re done. The character will be visible, but not purchased – they typically cost about 1500 or something around that range.

You can also take a look at our: Vampire Survivors Tier List 2022 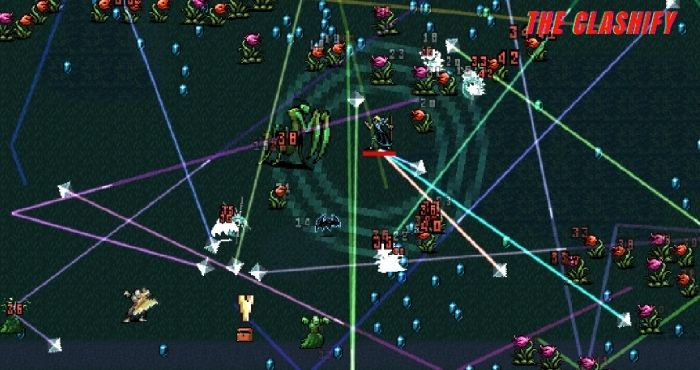 This is an interesting one, probably something most people won’t use, but the reason its even here is because this allows you to make the Cherry Bomb and Bone visible on every character like any other weapon would when you level up.

3. Along the same line as ‘name’:’Cherry Bomb’, after the description and then some, you should see ‘rarity’:0x1
simply change the 1 to “50” to give it the same rarity as lightning ring and other such weapons.
it should look like ‘rarity:0x50’

NOTE: this shouldnt work with evolved weapons since they have weapon requirements to be obtained. you could probably remove the requirement though and it would work, but i dont fancy breaking the game just yet so feel free if you’ve got the spare time, just make sure you back up the file.
It does work with everything else though, names Bone and Cherry which can now be added to the item pool.

NOTE: setting damage to a stupidly high number will just break the game, atleast on garlic, so dont do that.

This is BASE stats, BEFORE they are affected by powerups, so just forget what powerups you have or dont have when doing this.

If you’re planning on just testing this, i’d recommend trying it on Exdash since nobody is gonna care that the meme character is no longer a meme, but you can do it on anyone.

2. CTRL+F for ‘charName’:’Exdash’ INCLUDING THE QUOTATIONS, just copy that into the search bar tbh.

along this line you should see things like “luck”, “growth”, “amount” etc as well as exdash’s description.

3. You can change the numbers of each stat to change the characters BASE stats.
Some stats follow different formats, however, so you can’t just change them all to the same thing. here’s the rundown:

a. movespeed, power, cooldown, area, speed, duration, luck, growth, greed and curse are all percentage based, so if you were to change them all to be like ‘cooldown’:1, then in this case, his base cooldowns are 100% of their value. If you set this to ‘cooldown’:0.5, then he’d have -50% cooldowns, this applies to all of the above in their own respective ways.

b. regen is also a decimal value, but not a percentage, so ‘regen’:0.5 would be a starting value of 0.5 hp per second etc.

c. magnet, rerolls, skips, revivals, maxhp, price, armor and amount are all integers, so i believe changing them to, say, ‘revivals’:0x1 or ‘revivals:1’ would both result in starting with 1 revival
maxhp and price are typically in hex, so look up a converter for that (0x64 is the default 100hp). Armor should be a flat amount of damage blocked each hit.

4. after you’ve changed things, CTRL+S and start the game up

1. CTRL+F for character you want to change the weapon for,
ie.
CTRL+F and type ‘charName’:Antonio’ and just before his name on that same line should be ‘startingWeapon’:_0x3e9f6b[‘WHIP’]
simply, change ‘WHIP’ to something from below

if you see a weapon smth like startingWeapon’:_0x3e9f6b[0x3e9f6b[x45ed]] or smth to that effect, just change it to the same as that whip format and continue

passives:
before you ask, yes this is a fine idea, i mean, you can start a duplicator if you want and take your free level up on library so you have a build where you’re not forced into one of your weapons (lets be honest, you’re doing duplicator every game anyway if you’re not trolling)

Now the fun part which will probably be more than just copying and pasting again.

In this specific example, i modified Exdash because its Exdash.

firstly, i changed all of his base stats to be 1, ie, default. (see other chapter for how to do that)

you can add passives to characters, which i did in this case: Exdash now gains 1% of every stat every level up, but you can do whatever you want, here’s how i did it:

2. CTRL+F for ‘charName’:’Exdash’
along the lines after this phrase, there are all of his stats, then there is a bunch of gibberish after ‘showcase’: which i said not to touch in the rules, so look past all of that and up to where it says {‘luck:0.1, ‘level:0xa’).

this basically means that you get 1% of pretty much every stat every level.

naturally, you can do those sorts of passives such as “gains projectiles every X levels” in the same way, but instead just steal the code from one of the characters who has it and change the numbers.