The gameplan is very simple and you just have to Support your P.E.K.K.A by using Baby Dragon + Electro Dragon to deal with supporting troops while damaging the tank, or just cut them off with Bandit or Barb Barrel. 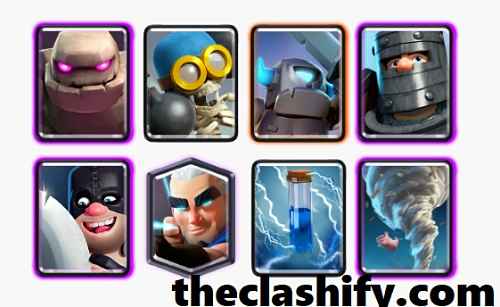 In theory, the worst card to face would be inferno tower but since it’s not meta, this deck can roam free and give players easy wins and a fun time Continue Reading »

During X2 Elixir, this deck is very versatile. This deck can either push a single lane with all 4, or push both lanes simultaneously with the two pairs. This deck is also good at switching lanes against people who have strong, but slow defenses (Furnace, Ice Wizard, defensive buildings)

Thanks for reading this Top 5 Double Elixir Challenge Deck 2022 All comments, questions, and criticism is welcome