Hello there, Clash Quest Update 2021 October will be released in late October, and Clash Quest developers have disclosed that in the next October update, a Clan feature will be included in Clash Quest. In this post we will show you Clash Quest Sneak Peeks of upcoming update.

So please check out this Clash Quest Update 2021 October news. You can also take a look at this: Top 5 Clash Quest Tips & Beginner Guide

Here’s a preview of the upcoming Clash Quest Update.

Just a small sneak peek into Clans coming in the next update for #ClashQuest. This is the Clan Boat. This little dingy delivers rewards every day to your Clan when you play in the Clan League. pic.twitter.com/bd4QJXz8AE

While we haven’t yet shared any details about the planned Clans feature in the next update, that didn’t stop @TheChicken24 and @Carlos85YT from speculating about it. Check out their discussion as they candidly chat about #ClashQuest in this video. https://t.co/RXVbkNYHRf

Also, Darian Supercell stated that the update will be launched in late October. Please see the image below and read whatever he posted on Discord about the next update. 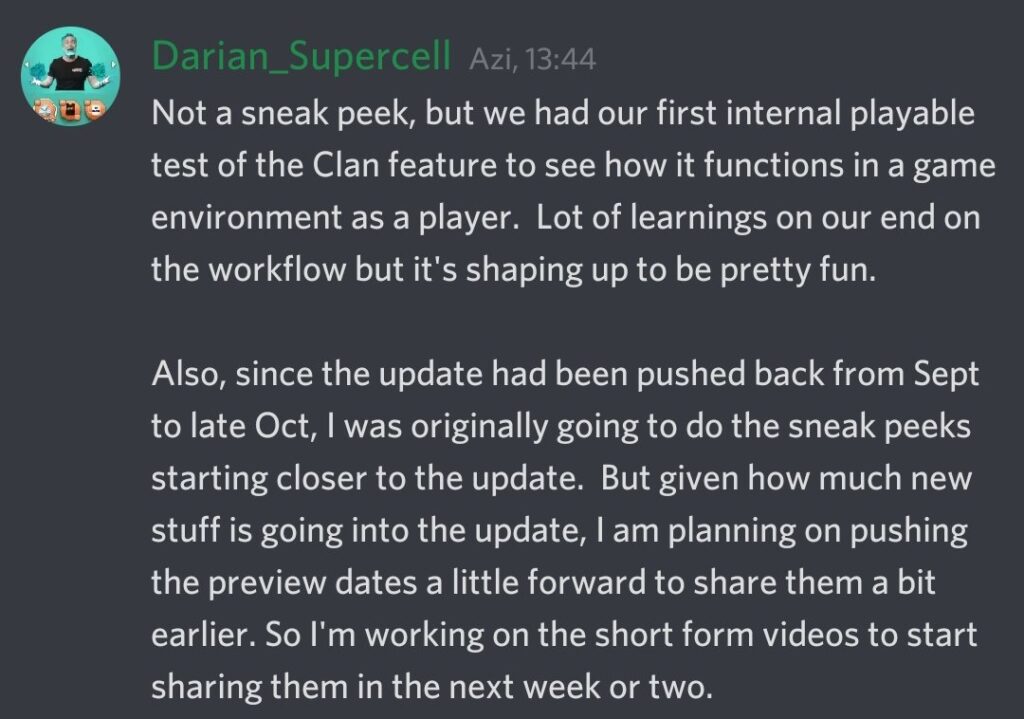 We can see a sneak preview of the upcoming Clash Quest Update 2021 October and how Clan will work in Clash Quest starting next week, so just wait for the developers to provide sneak peeks. If I come across any news on Clash Quest Update, I’ll let you know. This page will be updated.

Which countries is the game available in?

Why does Supercell do BETA launches at all?

Whenever Supercell launches a game, we test it out in a few select countries before making the decision to launch globally or spend more time improving the game.

Thanks for reading this Clash Quest Update 2021 October – Clans Features Soon All comments, questions, and criticism is welcome in the comments section.