This guide is intended to walk you through the basics of the game, not assuming any familiarity with the Souls series or Elden Ring in general, but if you are familiar with the previous games by FROM, it’ll still have some advanced gameplay tricks and bring up notable differences from the Souls games.

May the good blood guide your way, and don’t forget to praise the sun! Mombasa.

A word of warning: Savefile Security

Elden Ring does not have Steam Cloud support

If you change computers (or need to reinstall Windows after it inevitably breaks) you will lose your savefiles.
Savefiles are found in C:\Users\(your username)\AppData\Roaming\EldenRing\(a mess of random numbers and letters), there is a single file for all your characters.
It’s strongly recommended you back this file up regularly and occasionally mail it to yourself or something.

Apart from the PC crash risk, all previous Souls games have had problems with “hackers”, malicious players that force glitched items on strangers to break their game or get them banned from online matchmaking. Supposedly the new anti-cheat should make this a lot less of an issue in Elden Ring, but it doesn’t hurt to have backups just in case.

Also, side note: this guide was written before the game’s release, based on various Network Test footage and general series knowledge. Information might be inaccurate, please yell at me if you find something that’s wrong and I’ll fix it. 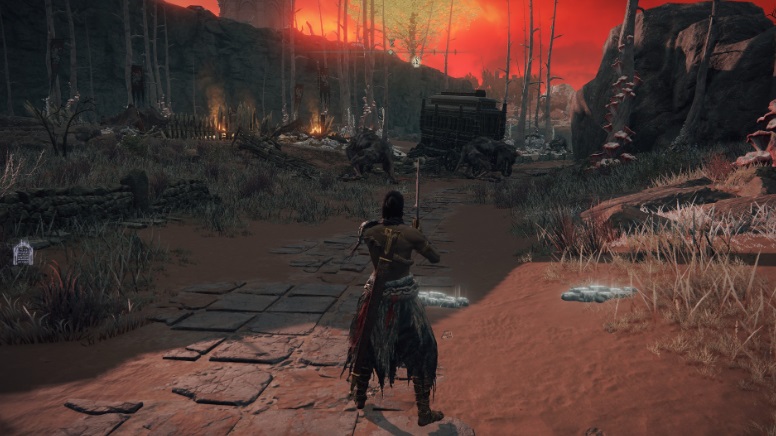 If you’ve played any previous Souls game, you can safely skip this chapter. You know this stuff already.

Elden Ring Runes are a currency used to level up, purchase items, and upgrade gear. They are acquired from slain enemies, typically more the stronger the enemy is.
(You initially cannot level up, but you will meet a character that gives you this ability early in the game)

When you die, you will drop all runes you were carrying. (They will take the form of a golden sapling). If you can make it back to this spot and interact with the runes, you will get them back, but if you die again before this, you will lose them permanently.

Since you can lose runes permanently, it’s worth considering travelling back to safety and spending them instead of pushing onwards when you carry a lot of runes.

You will sometimes find rune consumables (e.g. “Fringefolk’s Rune”), colloquially called “crunchies” by players. If you’re just a teensy bit short of a levelup or purchase (or need to stock up on consumables after dying and dropping all your runes) this is when you should use these. You will not drop crunchies on death, so save them for when you need them.

Enemies with glowing golden eyes are more difficult than normal, but drop additional runes. These enemies get the boost if another player has been killed by them recently.

You can sometimes find skulls with golden glowing eyes. Crush them to obtain some free runes.

You start out with the Flask of Tears, with 4 charges divided between Crimson (HP) and Cerulean (FP) tears. This is a healing potion that will recharge to full every time you rest, and occasionally will also recharge when you defeat certain strong enemies.

Managing your flask charges is a vital part of both exploration and boss fights – drinking every time you take a sliver of chip damage will leave you with no healing at the end, while being too stingy will see you die with a full flask.

Drinking will slow you down and leave you unable to dodge or block, so it’s important to wait for an opening if you don’t want to immediately get hit again and lose all the HP you just healed.

When resting at a Site of Grace, you can distribute flask charges between the HP and FP tears. If you don’t use magic, you might want to have all charges distributed to HP and unequip the Cerulean flask altogether. 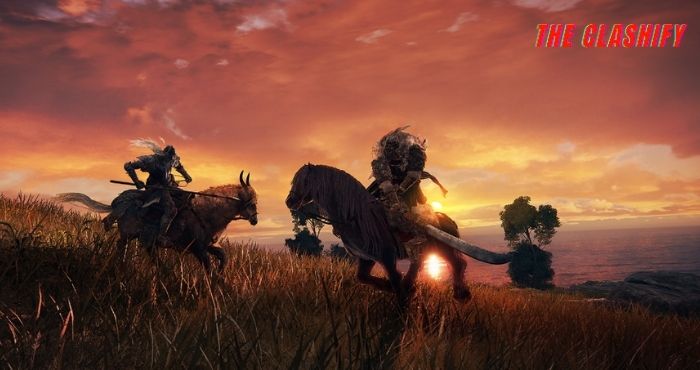 What happens when you press R1/R2/L1/L2 is dependant on what you are holding in the corresponding hand. If it’s a weapon, you will attack. If it’s a shield, you will block. If it’s a spell catalyst, you will cast the equipped spell.

Your character is right-handed. Weapons equipped in the left hand will generally prioritize blocking. Shields equipped in the right hand can be used for attacking. Magic catalysts and ranged weapons such as crossbows will act the same way in both hands.

Holding a weapon in both hands (hold Y + press R1 or L1) will change its moveset. In this stance, L1 will always block and L2 will use the weapon’s associated Weapon Art, a powerful skill that uses FP.

Holding a weapon in both hands will slightly increase your effective Strength, which allows you to equip certain heavy weapons without meeting the stat requirements.

Read Here: How to get Elden Ring Greatsword Location

All equipped gear will increase your Equip Load. (Other items in your inventory has no effect, only the equipped stuff). At certain thresholds (30%, 70% and 100%), your mobility will be reduced.
If you prefer dodging over blocking, keep your equip load below 30% to increase dodge effectiveness.
Going above 100% equip load will make you unable to run and dodge, and greatly hamper your survivability. It’s usually never worth it.

FP is the blue meter under your healthbar. They are used to cast spells, summon friendly spirits, and perform Weapon Arts.

Spells and summons cannot be performed without sufficient FP.

Weapon arts can be performed without sufficient FP, but they will be slower, much weaker, and any magical effects such as projectiles will not happen.

Stamina is the green meter under your healthbar and FP bar. Stamina is required to perform basically every action, including attacking and blocking, but you have unlimited stamina while not in combat.

If your stamina runs out, you will enter a winded state where you cannot run and your attacks will be slower and weaker. You can notice your character’s posture change when winded. This state ends when sufficient stamina has been recovered.

Running out of stamina while blocking will throw you off balance, and allow enemies to perform riposte attacks on you for massive damage. Your shield’s stability rating influence how much stamina you lose when blocking (higher is better).

As in previous Souls games, weapons are essentially sidegrades: even your starting sword is viable at endgame levels, and weapons are all roughly comparable in power and instead differ in ways like moveset and weight. Instead, you power up weapons via upgrading them.

Weapons are upgraded by spending smithing shards at an anvil. A fully upgraded (+10) weapon will be twice as powerful as a +0 weapon. However, there are several tiers of upgrades, which use different tiers of shards, and for the higher tiers you will need the help of a blacksmith.

Smithing shards are rare early on, but become easier to find as you progress to more difficult areas. Make sure to prioritize weapons you like when choosing what to upgrade! Moveset versatility, range and attack speed are usually more important than raw attack power in your weapons. Also, read here: Elden Ring Weapons Tier List

Equipping two weapons at once will allow you to “powerstance” them, if they are of the same type. In this stance, L1 will do special combination attacks that use both weapons at once, while R1/R2 only attacks with the weapon in your right hand.

Powerstancing increases attack power and versatility, but it leaves you without defensive options. It’s a very advanced playstyle.

(It is still possible to dual-wield weapons that aren’t eligible for powerstancing. You just won’t be able to do the special combination attacks.)

To cast a spell, do a light attack with a catalyst equipped in that hand. Different spell schools use different catalysts. The flavor text of the catalyst will tell you what spells it can be used with: sacred seals for cleric Incantations, staves for Sorceries, and so on.

Spells consume FP, Focus Points. You cannot cast a spell if you’re too low on FP.

Many spells and weapon arts can be charged by holding the attack button for a longer time before releasing. This increases damage or auxiliary effects with no additional FP cost, so do it whenever you can!

You can only equip spells while resting at a Site of Grace. You start out with a limited number of Memory Slots to attune spells in, but certain rare collectibles will grant you more. Unlike in previous Souls games, there is no stat that increases the number of spell slots.

That’s it for this Elden Ring Beginner Guide