We will be ranking every character currently available Characters in Eternal Return in 4 different Tiers from S Tier, A-Tier, B Tier to C Tiers. There is not a ton of characters you can use right now, so it is very likely the scaling and amount of Tiers may change as time goes on. 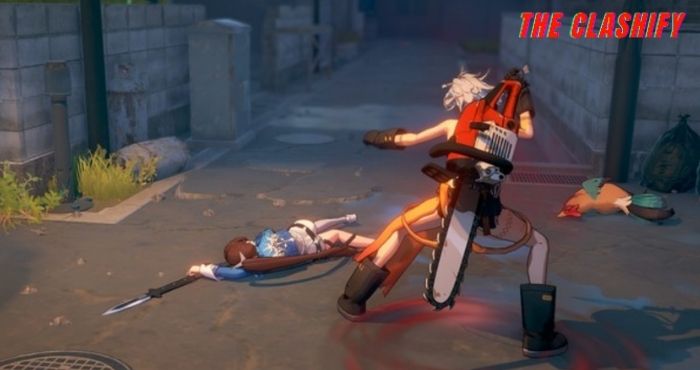 Jackie’s role is a “Brawler” specializing in close range, elongated fights, but is vulnerable to ranged encounters. Let’s take a look at the skills that give her this role.

Aya: Aya is a simple character with straightforward abilities and gun masteries. Most of what she has is reactive, and only has one skill you need to aim, which allows you to move to readjust the aim after activating it. Getting used to the limited ammo system for guns is all you have to figure out, and once you do, it’s universal between all gun users, so it’ll help you later.

Hyunwoo: Hyunwoo is a simple character with one goal: punch, and punch harder than the last one. His passive rewards him for longer fights by healing him upon dealing or receiving damage, and his abilities all make landing one or the other simple, as well as not being too complicated and rewarding new players for getting into the flow of quick brawls that may or may not end in deaths. He also has a very simple ability in First Attack, useful for both escaping and engaging.

Chiara: While Chiara isn’t as surface-level simple as Magnus, with two of her skills being skill shots, and all of them being close-ranged, she has a simple playstyle that revolves around her passive, and sticking onto your target. On top of that, she thrives in larger brawls using her ultimate to heal and deal un-mitigated true damage to a target she’s applied her passive onto. Her only disadvantage is that she suffers greatly against targets with good crowd-control skills as well as healing reduction skills and items.

Leon: Leon’s a fairly simple character with only the stipulation of his pools to worry about, and his Duck Dive[eternalreturn.fandom.com] is all you have to really worry about hitting since Surf’s Up is a great deal easier to hit. Once you land them, you just beat them up with your normal attacks and weapon skill for some quick damage. His pools give you extra movement speed for escaping, alongside his Duck Dive for a simple escape tool. He’s also a glove user like Hyunwoo, so if you try either out, you’ll be carrying over some weapon routing knowledge between each.

Thanks for Reading, Have fun. please let us know in the comment section if you find this Eternal Return Tier List 2022 useful.