Let’s get this Love Conquers All Challenge started without further ado. 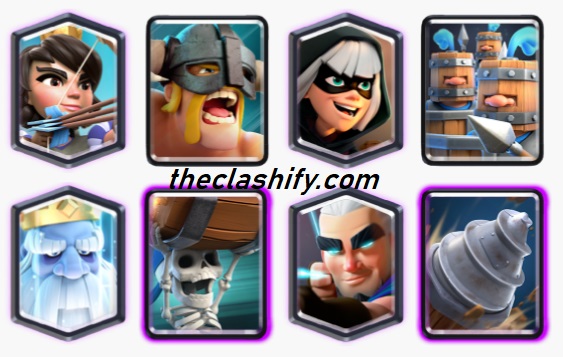 Using the powerful Goblin Drill and Wall Breaker, as well as fantastic crowd control cards like the magic archer, Princess, and Bandit, this Love Conquers All Challenge deck is built to control the battle and perform great offensive counter-pushes.

After a good defense phase, the magic archer will help your Goblin Drill and Wall Breaker pushes. The importance of placement cannot be overstated.

Allow the magic archer to fix on to a direction that will allow him to target many units or towers with a single arrow shot. Consider the possibility of several hit targets.

The Love Conquers Challenge deck has a reasonable elixir cost, so you should play it for the duration of the game and efficiently fight and dominate. Use the Princess to manage crowds, especially when facing stacked golem beatdown pushes or bridge spam. 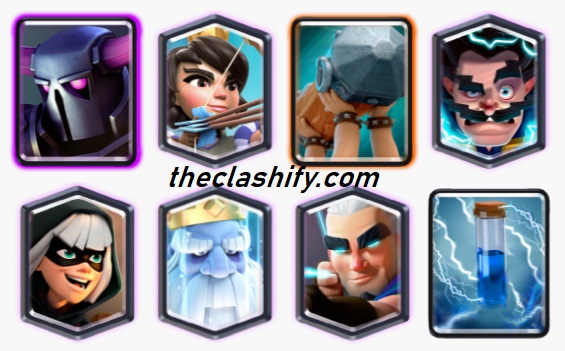 The Love Conquers Challenge deck’s primary powerhouse is Pekka. She can shred most ground pushes and support with little help, then continue on with half health to be a formidable counter push danger. She is extremely effective against Hogs and Bridge Spam pushes. With the Magic Archer + Pekka combo, you may make a huge push in double elixir time.

Counter push with Pekka+Magic Archer and chip damage is used to destroy the opponent’s tower in this Peka Magic Archer deck. During the first minute, I don’t play this deck aggressively. You can start the game with a bandit or a ghost at the bridge in the early stages.

Play Royal Ghost at the bridge to put pressure on your opponent, make favorable Elixir swaps wherever possible, and quickly embark on counter pushes. Alternatively, you can place a Mother Witch behind your towers to spy on your opponent’s major spells. 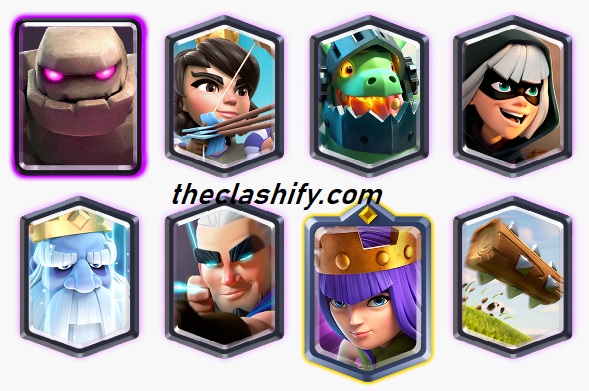 This is currently my favorite Golem deck in Clash Royale. With both Archer Queen and Magic Archer, as well as Inferno Dragon, Princess, this deck packs quite a smash. The deck’s major driving force will be Golem. You’ll often use him in double elixir time, but if you have a 2+ elixir lead in single elixir time, you can typically get a tower-taking push done in the first two minutes.

This deck can suffer a lot of damage in the early rounds, so try to make as many elixirs leads as you can to cash in later. Don’t get too worked up if you lose a tower early in the game, especially if you have a positive elixir advantage throughout the rest of the game. You have a plethora of resources at your disposal Don’t be hesitant to use them 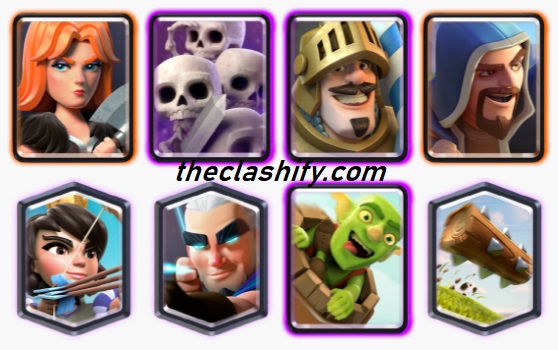 You can start the game with a princess behind your king tower or cycle the Skeleton Army at the bridge in the early stages. If you need to defend, don’t play your prince until you know what your opponent is playing. You can use the play Prince to oppose an aggressive hog rider if they start with one.

Try to get chip damage with your spells and Goblin Barrel during the fight to enhance your win rate. 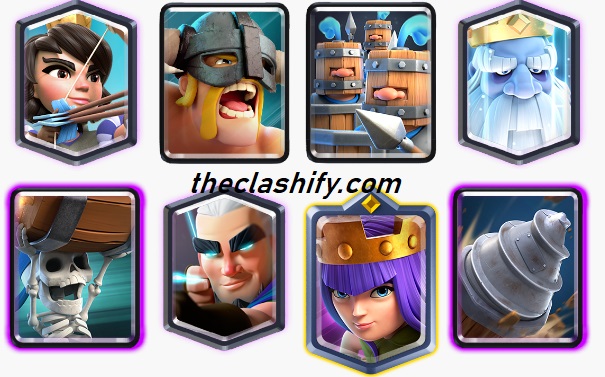 This Love Conquers All Challenge Deck has a win rate of 61%. You can mop up swarms on defense with your Magic Archer then attack with royal Ghost + Wall Breaker or Goblin Drill to get your damage. Archer Queen can be deployed to defend or launch a massive push.

The magic archer will assist the Archer Queen and is particularly good at locking on to pesky units like the wizard. He can also clear the witch’s spawn skeletons and deal damage to her, as well as the tower, depending on the placement.

Unless you know their counters are out of cycle or they’re low on elixir, split the ebarbs wherever possible. You can apply dual lane pressure by splitting them. When feasible, use your lesser units to support both lanes and use Princess when necessary.