The Tower Idle Tower Defense Ultimate weapons are similar to other stats in that they can only be upgraded in both the workshop and the lab (lab upgrades for Ultimate Weapons you own are unlocked when you reach tier 7). During a battle, going to the Ultimate Weapons tab shows you the current effect of your active weapons as well as their cooldown timers if applicable. When a weapon’s cooldown reaches zero, its effect automatically triggers. Also read here: The Tower Idle Tower Defense Beginner Guide

S+. Golden Tower (GT) – Massive increase to cash and coin gain from kills at any investment level. Effectiveness increases with your ability to reach higher waves. Lab augment boosts the effectiveness even more.

S. Death Wave (DW) – Hits all enemies on screen when it triggers. Lab augments turn Death Wave into Life Wave, boosting your hp and earning some extra coins for each enemy it kills.

A. Chrono Field (CF) – Once upgraded, has enough uptime to provide a semi-reliable additional layer of defense in the form of a significant slow. Lab augment makes the field near-permanent and gives additional damage reduction.

B+. Chain Lightning (CL) – Scales with your tower’s attack speed and is guaranteed to strike valid targets. Lab augment gives lightning a chance to “shock” enemies, increasing the damage they take. 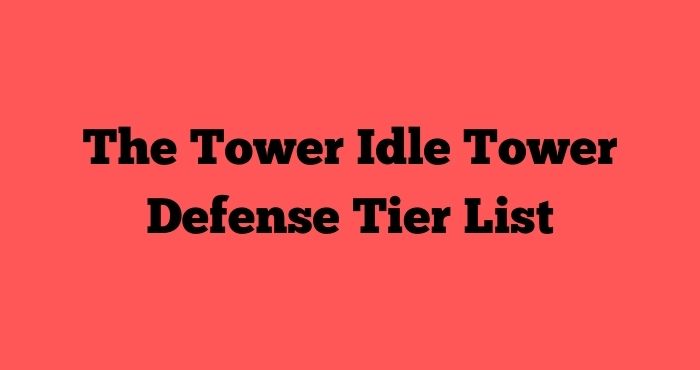 Ultimate weapon damage (where applicable) is based on a percent of your tower’s damage including its critical rate and critical factor.

When unlocking Ultimate Weapons, you are given a random choice between two not yet unlocked weapons. Each additional weapon you unlock costs more Power Stones though this will not affect their upgrade costs. If it is offered to you, you should pick Golden Tower as this one provides a massive increase to your cash and coin economy.