Hi guys, Today we will show you Deepwoken Races List 2022. Deepwoken is a challenging game with character death occurring on a regular basis. Losing characters is an unavoidable aspect of the game.

These races are obtainable by anyone. One of these races will be given to the player when they first play the game. A new races can be obtained by rerolling your race for (Number) Robux or starting a new character. 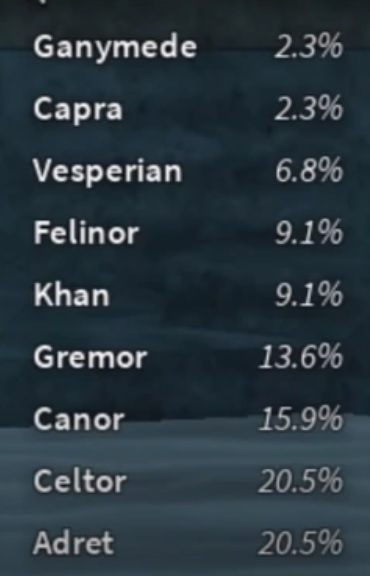 1.) Ganymedes are pitch-black creatures with bright eyes ranging in a wide variety of colors, they seem to resemble insects. Not much information is known about this race. Under their trademark hats, they have white hair.

2.) Etreans are white Humanoids with either white or black hair and eyes similar to that of a snake. (Snake Race).

3.) Khans resemble the Sun Wukong from Mandarin Chinese mytholgy. With the spiky hair and a small crown.

Thanks for reading this Deepwoken Beginner Guide.