If are having trouble getting wins in Sudden Death Challenge, don’t worry In this artical, you can check below the current best decks for sudden death challenge 2021 and best sudden death deck orange juice

Once it is a double elixir, you can start playing much more aggressively. The chances are that you end up with at least one tower by the first two minutes

This your main win condition. The balloon is surprisingly hard to stop due to the rage, and borderline impossible with a tank in front and spell support.

Do NOT rush with a balloon at the very beginning without knowing your opponent’s cards. It also is not a good idea to use it if you don’t have the Freeze in hand.

A balloon is best used in a counter push. If the balloon is at the tower and you manage to freeze all the defense, you are guaranteed a tower. This is actually how I won most of the time Continue Reading » 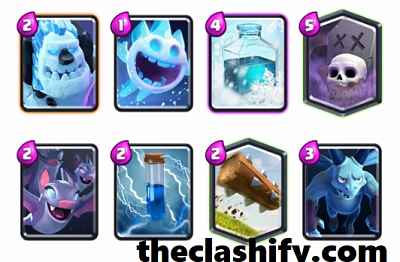 This Goblin Cage Graveyard Baby Dragon Deck 2021 is very famous in Sudden Death Challenge, This deck has 72% Win rate in the clash royale ladder as well, If you love Graveyard decks then this deck is for you. It will help you current sudden death challenge 2021 very easily, this deck has the famous trio, baby dragon, E wiz, and Goblin Cage which synergies very well together to help you defend and counter push. With all graveyard decks, you should primarily focus on defending and then counter pushing throughout the match.

Mega Knight: Main Damage Dealer His main role in this deck is defending pushes and then counterattacking with Battle Ram or a Bandit

Bandit: She’s your main offensive support.  Bandit is perfect for placing behind a Battle Ram or Mega Knight and destroying towers with ease.

Battle Ram: The Battle Ram is your primary win condition in this deck. A tourney standard ram can nearly take out a tower on its own if left alone and you would be surprised how often this actually happens Continue Reading » 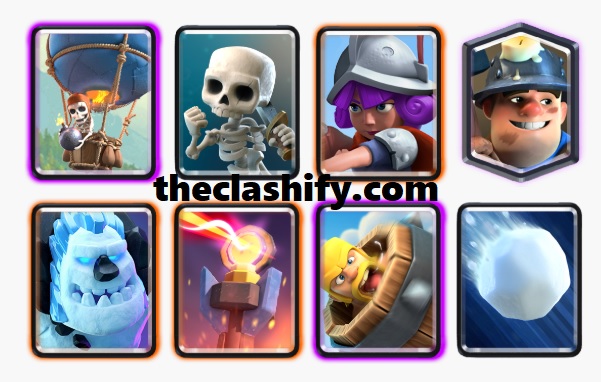 Giant: Giant is your main tank inside this deck and can be used to help keep your musketeers alive for as long as possible. He can be used to kite units like Pekka or prince into the opposite lane or stop some units from connecting to your princess towers.

Three musketeers: Three musketeers should’ve played cautiously and only when you know your opponent can’t punish you for playing them. After their recent buff and the introduction of a healer, their counter push will be extremely hard to defend. Remember to use them on a split lane push in most matches unless you’re opponent doesn’t have a good counter

Early game aims to pump up and gain an elixir advantage. Work out what deck your opponent is playing and try to bait out their key counters to your musketeers. Don’t play too aggressively in single elixir you should only really apply pressure through a counter push or via a battle ram opposite lane if they play a large tank behind their towers Continue Reading » 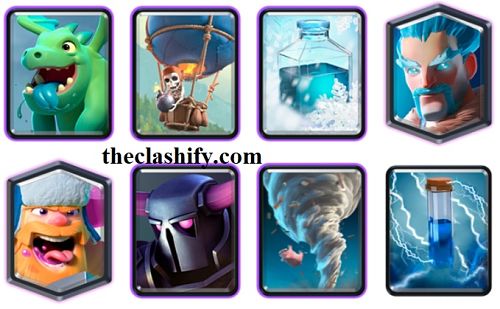