Hi guys, Today I will show you the World Flipper Beginner Guide 2022. If you’re new to Kakao Games Corp World Flipper, this beginner’s guide will provide you with all of the essential information you’ll need to get started.

If you’re a new player to World Flipper and don’t know where to start, here’s what you should do first.

⇒ If there are any events available, try to farm them! Most events offer event-limited weapons, a wonderful event shop with loads of mats, stamina pots, and other goodies, and rewarding event missions.

⇒ You should complete both the Main Story and EX Story quests – Apart from providing you with some fantastic characters (such as Owl), tale quests provide you with lots of orbs to pull and are rather straightforward to complete, even with a squad that is barely leveled.

⇒ Level up your teams Compared to the game at launch – Players may now level their characters (it’s lot easier to gain mana today, and players receive more bells, for example) and experiment with teams at their leisure, compared to when the game first launched. The following are some factors to consider (in order of increasing difficulty):

Other miscellaneous additional tips from players:

⇒ Don’t pull the weapon gacha with orbs – save those for the character gacha. The game hands out weapon gacha tickets on a fairly regular basis, and most of the weapons in the gacha, though good, are purely optional. It’s possible to clear 100% of current in-game content with farmable weapons.

⇒ Try to at least FLB event weapons, especially Multi Boss Pick-up weapons. Many event weapons and their corresponding ability souls are extremely good, and though the event may be rerun in the future, it’ll be a long time. So get it when you can.

⇒ Many old characters are still extremely viable for current “meta” teams. If the character was good during launch, chances are that they’re still good now, with a few minor exceptions. Don’t feel bad if you don’t have all the OP new characters; there’s a decent chance that you can create a good team with what you have already.

⇒ Ability souls can now be swapped without destroying them, though there is a relatively high cost for this action (200 blacksmith orbs). Removing a soul instead of swapping it will also cost you 200 blacksmith orbs.

⇒ You can mass uncap characters with dupes now! The rightmost option on top of the uncap page (with the characters “括” and a target-like icon) is the button you’re looking for. If you want to use uncap mats, you’ll still need to do them individually though.

⇒ There are game settings available to turn on/turn off sound/vibration for bells. If you need help with that, just ask about it. 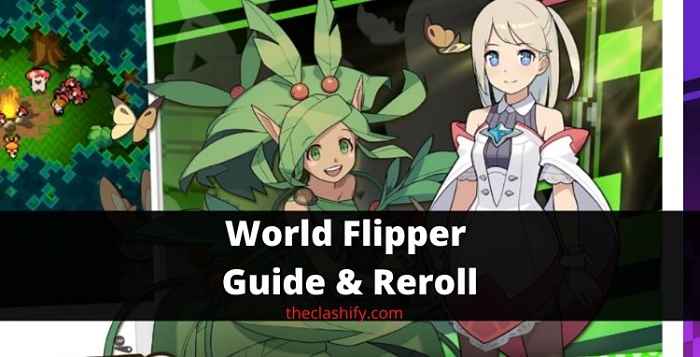 Leader Buff: The first character in a party is set as the leader. Their leader buff will affect all characters that fulfill the conditions in your party.

Main and Unison: When the main character uses a skill, their unison character’s skill will also activate. In battle, their skill weights will be averaged. Abilities from the Unison Unit (Sub Unit) also take effect however abilities with [Main] are not active when put in Unison (Sub Slot)

Using Wagner as an example, when placed in Unison, only Ability 3 will not take effect.

Souls can be equipped onto units and provide a weakened effect of the original weapon. Only Souls equipped on the main units take effect.

Power Flips occur when a certain amount of combo is reached. The style of the Power Flip is based on the Leader’s Role.

At Lv. 3, your characters’ next flip will be a Perfect Flip, which grants a bonus to the Power Flip attack’s effect.

Currently, there are 4 DMG types:

These DMG types have one thing in common which is that they scale from ATK + their own buff (eg. skill scales from ATK and skill dmg buffs).

This means that when building a team, it’s usually best to balance ATK and the other DMG buffs instead of just having one of the two.

To reroll in World Flipper, you’ll have to put in some effort because the clear data button was deleted from the Global version of the game, thus if you want to reroll, you’ll have to uninstall and reload the game.

In World Flipper, there is no such thing as a simple reroll. It’ll have to be done the hard way.

You can check out our World Flipper Tier List Guide and That’s all guys for this World Flipper Beginner Guide. Stay tuned to TheClashify for more info related to the World Flipper.