Demon Slayer Kimetsu No Yaiba The Hinokami Chronicles. The Hinokami Chronicles is a fantastic arena fighter created by the CyberConnect2 team that allows players to relive the historic moments of the “Tanjiro Kamado, Unwavering Resolve Arc” and “Mugen Train Arc.” Follow Tanjiro through the plot of “Demon Slayer: Kimetsu no Yaiba” as he battles demons in order to turn his demon sister Nezuko back into a human.

You can find the complete Demon Slayer Tier List below.

Nezuko Kamado Tanjiro’s younger sister has been transformed into a demon. Despite being a demon, she never attacks humans, because of Urokodaki’s hypnotic suggestion and her own strength of will. She uses her demonic powers to aid Tanjiro in his fight against the demons.

Zenit Agatsuma – Zenitsu Agatsuma is a strong character in Demon Slayer Kimetsu No Yaiba The Hinokami Chronicles. He joins the Demon Slayer Corps alongside Tanjiro and Inosuke. He possesses a keen sense of hearing and can distinguish between sounds created by humans and demons. When he is afraid to die in battle, he falls asleep, and his demeanor changes to that of a swordsman who can unleash Thunder Breathing.

Tanjiro Kamado – Tanjiro Kamado is a young and talented man. He lived a happy life with his mother and brothers until he was attacked by demons while working. He joins the Demon Slayer Corps in order to turn his demon sister Nezuko back into a human, as well as to avenge his family’s death by tracking down the demon that killed them.

Inosuke Hashibira – Inosuke Hashibira is an extremely aggressive character in Demon Slayer Kimetsu No Yaiba The Hinokami Chronicles.  He joins the Demon Slayer Corps alongside Tanjiro and Zenit. He is an incredibly violent character that is constantly seen wearing a wild boar mask and uses his Beast Breathing to charge headlong into confrontations.

Shinobu Kocho – The Insect Hashira is a Demon Slayer Corps Hashira who uses Insect Breathing. She’ll retain a pleasant demeanor while never letting her smile fade, whether it’s a human or a demon.

Kyojuro Rengoku – The Flame Hashira is a Demon Slayer Corps Hashira who employs Flame Breathing. He’s upbeat and eccentric, but he’s not one to mince words. 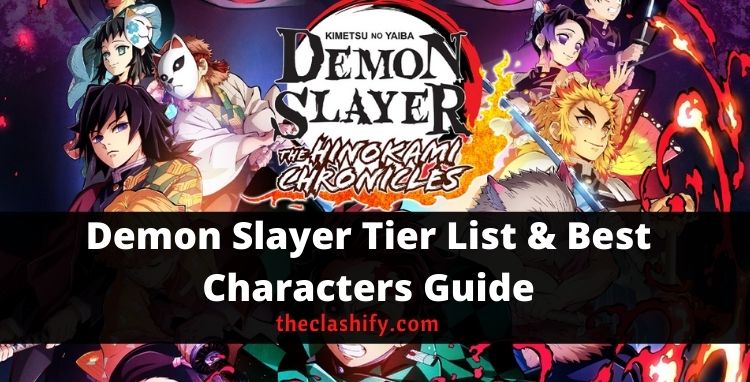 Exhilarating Arena Battles – You can Master the stunning skills of a diverse cast of anime characters, like Tanjiro and Nezuko, to defeat opponents in head-to-head battles both locally and online. ‘

Take up Tanjiro Kamado’s sword and guide him on his mission to become a Demon Slayer and transform his sister Nezuko back into a human.

Thrilling Boss Encounters – The action and drama reach a climax in specifically crafted battles against powerful demons that will put Tanjiro to the test.

Anime Voice Cast – The anime’s original English and Japanese casts return to deliver their true depictions to the game.