Hi guys, Today I will show you How to Download Boom Beach Frontlines Beta on Android and ios. Boom Beach: Frontlines is a 9v9 team shooter that emphasizes troops, vehicles, teamwork, and strategy. Level up your headquarters to gain access to additional troops and extend your loadout. Return to the Archipelago, play as a familiar and beloved character, and meet new people.

Boom Beach Frontlines will enter a soft launch in Canada on October 19th and Because the game is presently only available in Canada, folks who live in the United States or any other nation should read this article all the way to the end to find out how to download Boom Beach Frontlines Beta. 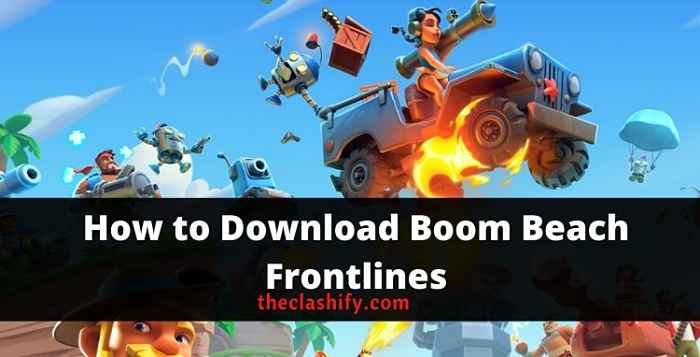 Unlock and Upgrades -Collect and improve a wide range of troops, vehicles, powerups, and defences, each with their unique set of talents, capabilities, and strategies!

Boom Pass – Play games to earn stars and move your Boom Pass along! Unlock more chests, gems, coins, and units! Keep an eye out for new stuff throughout the year!

ASCEND THE LEADERBOARDS – Climb the leaderboards to become the top player in the game! Escalating Chaos Battles get wilder as each game progresses, starting with troops to larger towers and finally unleashing the devastating heavy vehicles.