Treasures are collectible objects that can be equipped to Cookie Teams for additional advantages and effects in Cookie Run: Kingdom. Treasures are available in three rarities, similar to Cookies: Normal, Rare, and Epic. Rarer Treasures, unlike Cookies, are not always preferable to Treasures of lower rarity.

Some Treasures are Passive, meaning their effects are always active or only activate when certain circumstances are met.

Other Treasures are Active and must be touched to utilize; they also have charge times and cooldowns. The maximum number of Treasures a player can attach to a team at one time increases with their Cookie Castle level, up to three. 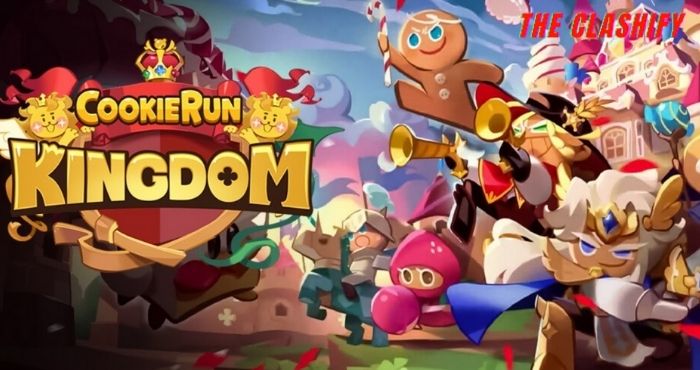 In other words, Cookie Run Kingdom Treasure means Different treasures provide different uses and certain treasures may find more use in some situations rather than others. However, the best treasures are passive treasures which give buffs as these do not have cooldowns on them; this is why clock and horn are ranked so highly despite being commons.

The default treasure set is scroll, clock, horn but there are many variations depending on your team and gamemode. Please see Guild Guides and Arena Guides for more info.

These are extremely good and commonly used treasures but are very situational and team-dependent, hence why they are not in the S tier.

Sugar Swan’s Shining Feather (one-time use per game): Revives the first fallen cookie for a certain amount of HP. Very viable as a substitute for Horn in the arena when it’s high-leveled enough, so that the fallen cookie can get a second chance, especially the healer, since when they get killed they’ll use their skill when revived immediately.

Librarian’s Enchanted Robes (passive): Increases ATK SPD of two Cookies with the highest ATK SPD. Viable in arena and “viable” in story as a substitute for Horn in the ATK SPD comp or Ryemond, otherwise it’s not recommended using it.

Bookseller’s Monocle (23s cd): Debuff purification and heals based on max HP. Basically herb but in treasure form. Can be used to help provide sustain and increase survivability, but the cd is really long so it’s somewhat niche. Can work in arena and dark mode.

Grim-looking Scythe (passive): Crit% increase for the full team. Can be used to substitute for scroll. It is also commonly used in Stun-Almond comp like the Lollipop to ensure that Sea Fairy will hit extremely hard.

Pilgrim’s Slingshot (10s cd): DEF down of the furthest enemy. Useful in boss stages such as the 8-30 boss and also useful against minibosses and big bosses such as in 7-25 and 10-31 to reduce the boss’s DEF.

Bear Jelly’s Lollipop (15s cd): ATK and Crit% increase for the cookie with the highest ATK. Can be used to substitute for scroll and syncs well with Avocado. It’s commonly used in Stun-Almond comp in the Arena to buff Sea Fairy’s ATK power to the maximum, ensuring a one-turn kill.

Treasures which have very niche uses and are not often used.

Priestess Cookie’s Paper Charm (15s cd): Curse the nearest enemy/opponent’s cookie, removing all buffs and dealing some damage overtime. It can be used to counter Strawberry Crepe’s buff in the arena for scam team users. Other than that, It doesn’t work well in any modes, since it only removes the enemy’s buffs, and the damage it deals is quite underwhelming.

Sacred Pomegranate Branch (60s cd): Creates a shield for every cookie in your team, absorbing damage proportional to the target’s HP for a short amount of time. Can be used instead of the Clock to help counter Stun-Almond teams in the Arena by preventing your team from getting one-shotted. Otherwise, it’s not a great treasure to use anywhere else beacuse of its substantial 60-second cooldown time.

Blind Healer’s Staff (18s cd): Heals the cookie with the lowest HP for 5 seconds. Unless you know what you are doing, it is bad because it only heals one cookie peruse and it heals over time, not a burst. Also has wonky targetting and sometimes heals your Damagers due to their low HP pool. Outshined by Bookseller’s Monocle

Cheesebirds’s Coin Purse (passive): Have a chance to get extra Coins when defeating an enemy. This treasure gets outshined by using the Tree of Wishes, so it is a waste of a treasure slot. Don’t use it unless you’re bored.

Ginkgoblin’s Trophy Safe (passive): Attracts Coins during battle with its magnetic aura and provides a % more Coins after victory. Basically an upgraded Chessebird. Don’t use it unless you want to grind more coins from stages. Jelly Worm’s Sticky Goo (60s cd): Invulnerability for the cookie with the lowest HP. It’s useless because the invulnerability lasts for only 2-3 seconds at low level and only affects one cookie. Coupled with an insanely long cooldown, it is not worthwhile, especially not for beginners. Even with high levels, it’s still not worth it to use.

Elder Pilgrim’s Torch (20s cd): Creates a burning circle dealing damage to nearby enemies over time. This treasure got shafted by the other treasures on this list, because the damage over time can be nullified easily by the healers in the arena. Also, the total damage it deals is extremely underwhelming especially for an epic treasure, so it doesn’t have any useful usage in any modes.

Durianeer’s Squeaky Flamingo Tube (passive): Increases the HP of two cookies with the highest HP. Quite redundant since the tanks that will get this buff do not really need it.

So guys That’s it for now.