Jasper’s father served in the army as an officer. Jasper, like many young boys, aspired to be a soldier and use the skills he learned from his father to become a hero. Jasper journeyed across the realms with a sword master, fighting in several conflicts. “What exactly is it? Homesick?” The swordsman inquired. Jasper paused for a brief minute before shaking his head. “No. What are our plans for the future?” “Mirror City is our final destination.”

In Mirror City, Ursula was born into a family of magicians. She applied to the academy to study the forbidden arts after becoming dissatisfied with studying solely common magic. The academy’s chancellor declined on the grounds that she was still young and unable to manage the forbidden arts’ demons.

Ursula was disappointed and taunted by a group of peers who were jealous of her skills, which led to a disaster in which she almost lost control of her fire magic. “Do you still want to pursue the forbidden arts?” the chancellor asked her when she turned 20. “I feel I now have the ability to battle the demons,” Ursula stated, nodding. With a smile, the chancellor replied, “The Universe Peacekeepers, I’ve heard, are searching for new recruits. Join them, put yourself to the test in war, and then come back and tell me what you learned.” 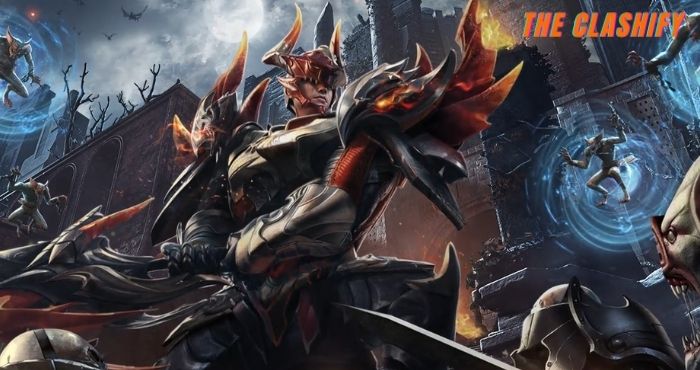 Motivation: Belonging, recognition, and understanding himself

Horus was taught from a young age that he must hide in the darkness and not be seen. Horus was said to mean “saviour” by those who knew him.

The Mysterious Man, the head of the Universe Peacekeepers, gave him the Ring of the Eliminators of the Pacifist as a birthday present on his 16th birthday, instructing him to kill all who do evil. Horus grinned after a little time of stillness.

“There’s something else I’m more interested in.” “Can you tell me what you want?” “I’m curious about my past.” “You are a free soul, and I can no longer hold you back,” the Mysterious Man replied, surprised. “On the Land of Holy Light, seek your path.”

Justice and vengeance are the motivations of the gunslinger. Artemis was born on a golem-infested island with guns. The golems and machinists fought over a magical stone that could augment machines, and both of Artemis’ parents were killed in the battle.

Artemis dove into the water to flee with the machinists’ ancient 0 weapons, vowing revenge on those responsible. When she recovered consciousness on the beach, she found herself in Mirror City.