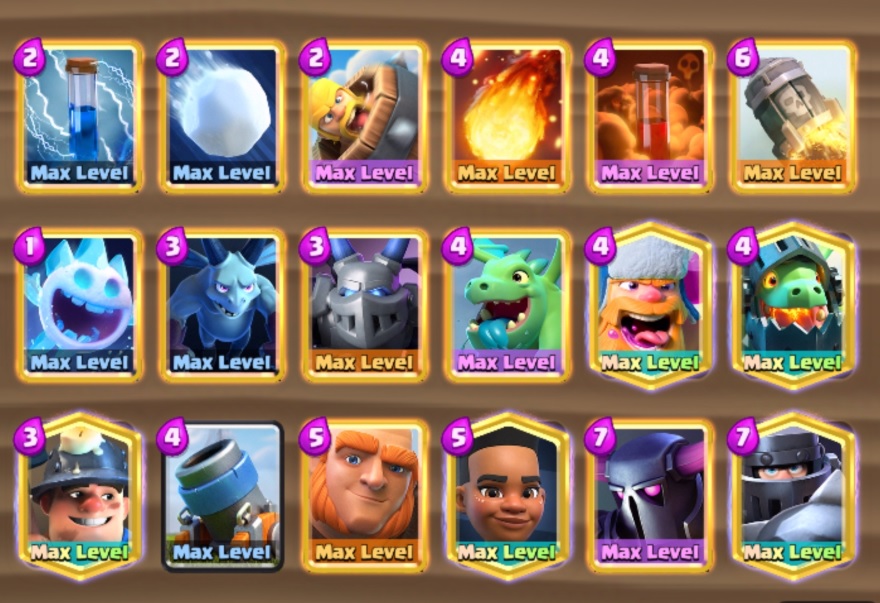 The first row is spell cards, the second row is support cards, and the third row is win conditions.

Having each category account for 33% of the deck ensures you will always have at least one of those cards in your hand. I also balanced cheap and expensive cards to maximize cycling ability and late-game power Continue Reading » 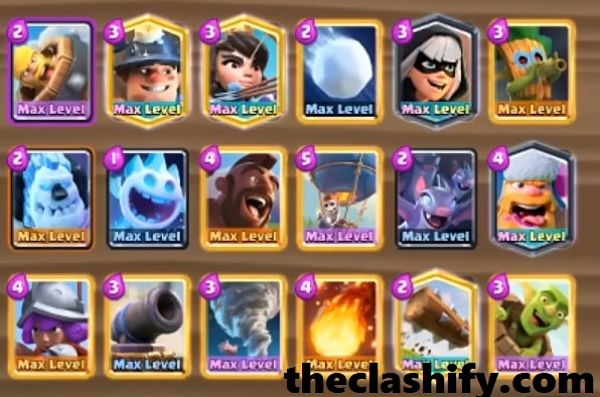 I would say this 18 Card Hog Cycle Mega  Deck Challenge Decks or 18 Card Miner Balloon Lumberjack deck was created by Surgical Goblin and it is super defensive and Offensive Deck. You will often rely on creating a strong counter push to win the game. Also, you will most likely try to build the best counter push during double elixir with Balloon and Hog 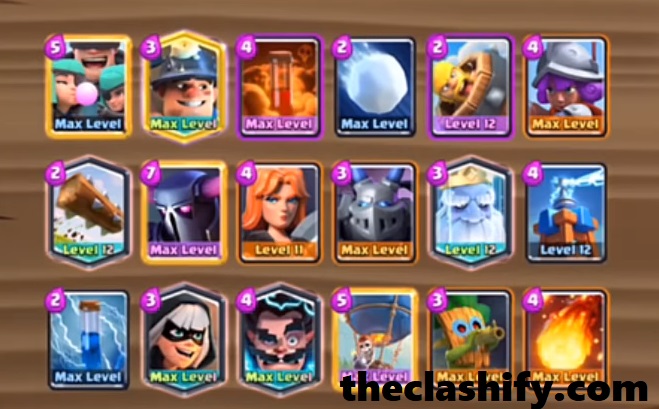 I would say this 18 Card Pekka Poison Balloon Cycle Mega  Deck is one of the best decks created by Mix of Xaos so far.

We have Rascals, tesla, Musketeer and Mega Minion to Counter air troops along with E wiz and dart Goblin and this deck is Good in Mega Deck Challenge, we have 5 spells in this deck which is very great. 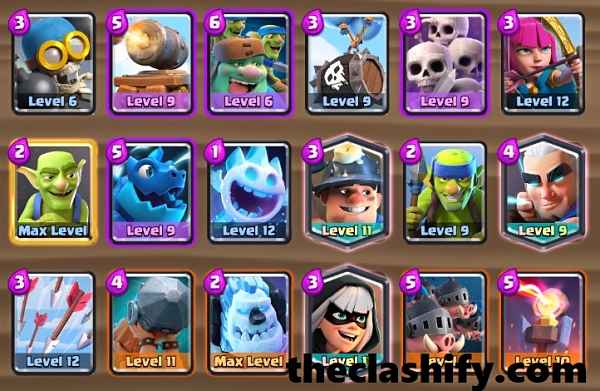 Keep cycling Battle ram + Bandit for the offence during single Elixir as much as possible and cycle magic Archer and Electro Dragon for defence.

We have Goblin Giant and Miner for Counter-Push and you also use Skeleton barrel if needed. 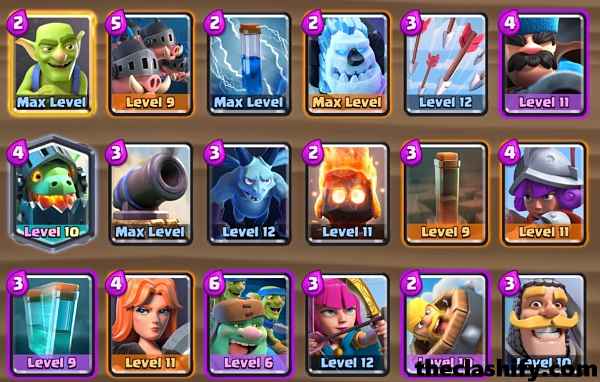 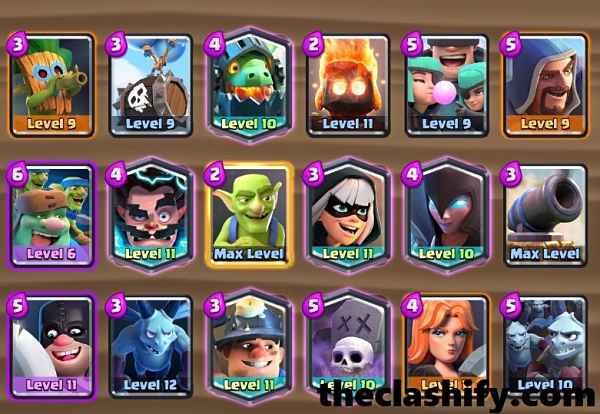 These Top 7 decks are working well in Clash Royale Mega Deck Challenge and later on, we will update this page with more 18 card decks for you to reach that top arena.

Thanks for reading, have fun in the arena..