Hi all, this is u/narfcoc here again, also known as Gaarrek in Rush Royale. I just hit 7k today using my nonmeta Boreas/Inquisitor/Hex/Harlequin/Vampire deck. It was a long struggle playing against mostly people playing the same 2 decks (with occasional minor variations) but I never once switched to a meta deck during my climb. Does that mean that this deck is a new meta deck? I’m not sure. You can see in the matchups below that there are strengths and weaknesses to the deck, but given the increasing numbers of inquisitor players, it has gotten harder to get wins. Anyway, read through the below, try the deck yourself if you can, and comment with any thoughts you may have about the deck or the current meta. 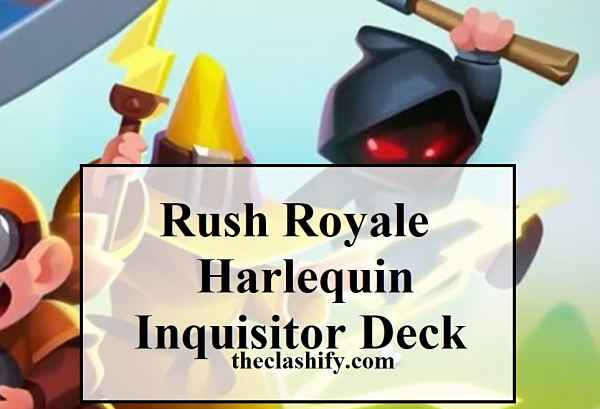 Substitutions – As mentioned, you might consider replacing Vampire with Summoner. Additionally, you might consider replacing Harlequin with Dryad (I don’t have Dryad so I can’t say how effective this would be). If you were completely desperate, you could try to replace Harlequin with Mime, but your deck will greatly suffer (sorry people who don’t have Harlequin). I would greatly discourage you from attempting to substitute anything else for Boreas or Inquisitor, as these are the core of the deck and the basis for your anti-Shaman strategy. Nothing else really comes close to filling their roles adequately. Additionally, Hex is also a core card, although perhaps post-patch it might be viable to try either Grindstone or Knight Statue. I will be experimenting with both.

Like a lot of people, I’m not happy with the current meta. Seeing the same 2 decks (with minor variations) for thousands of trophies is dispiriting, and it makes reaching 7k a rather trivial exercise in grinding out the required number of games once you reach a certain skill level and copy one of these decks. Putting together this deck was my attempt to try to inject some new experiences into the ladder. Now that I’ve reached 7k, I honestly am not likely to keep playing ladder much. The experience of facing the same 2 decks is rather dull to me. In fact, I debated whether or not to share this deck at all, if it just means more deck copying instead of innovation. Still, maybe some of you can rediscover your love of the game by trying something new, or maybe this will inspire some of you to try new combinations and shake things up yourselves.

Also, take a look at these: Top 14 Best Challenger 3 Decks