How to Play & Counter Shaman in Rush Royale

How to Play Shaman in Rush Royale ( Full Shaman Guide )

A short background on my RushRoyale career: I played F2P since season 1 and have countless hours from Random dice (a similar game). I reached 7k+ trophies the first few seasons but lost a bit of interest after playing hundreds of games against bots. Here is my profile: 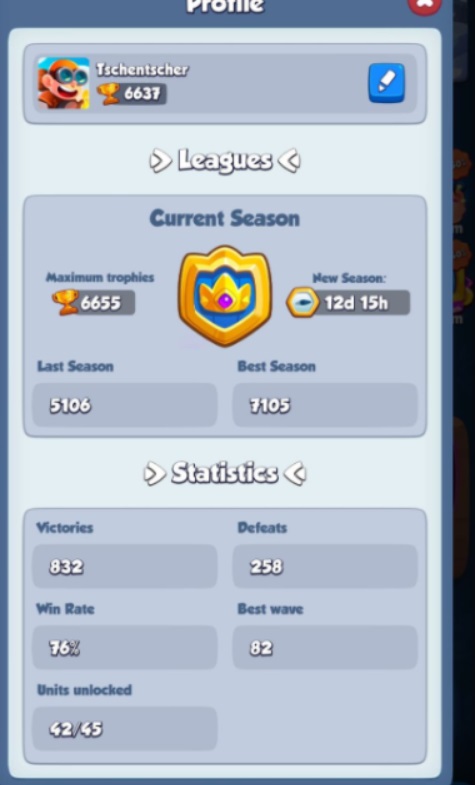 I personally think of shaman being played in two different ways. The aggressive/brick shaman or the value shaman, and I would argue that value shaman is by far the best (and what I’ve been playing)

Aggressive/brick shaman: I see 80% of all players play shaman this way. This includes instant-merging nearly every time two shamans are on your board. This tactic is not horrible, and it can be very strong early on when playing e.g. against inquisitor (which often has just one unit to deal damage early on). The problem with this tactic is that often your opponent doesn’t mind merging, and so your shaman-attack doesn’t affect him in any way.

I have a few examples: 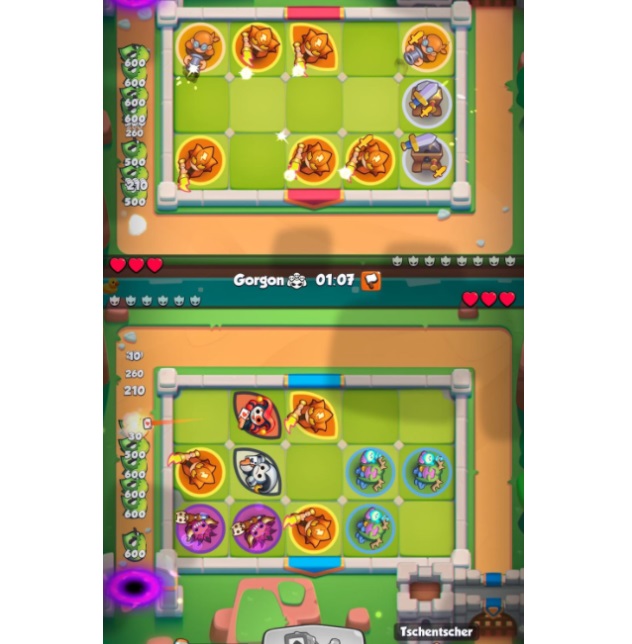 I have the opportunity to merge my shamans, but before I do, I will always check my opponents board. In this scenario, hitting a grindstone/bombardier = merges and avoids my shaman-attack without any loss.

The same with hitting rank-1 thunderers.

So I only have ONE target I want to hit out of 9, and my math tells me I won’t hit it… 27 seconds later we’re here: 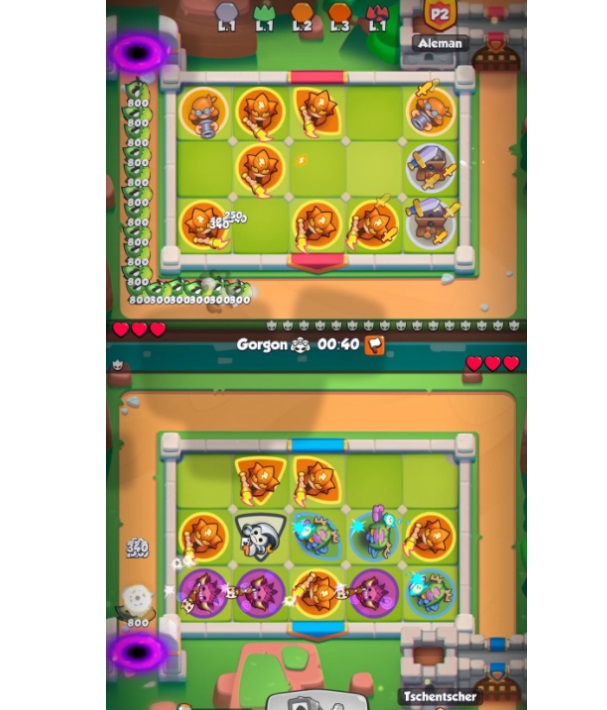 As you can see I haven’t merged since last, and I still won’t see he still has only one target for me to hit. As you can also see I’m currently winning (because of my 3-star thunderer), and if he doesn’t get a 3-star thunderer himself, he loses.

Playing value-shaman you don’t mind what you hit or when you hit. The only important thing is to actually hit so you give him -1 rank/tower. Therefore boards with different units and different ranks are really good to attack with a shaman.

Another tactic is to save up shamans and do a coordinated attack with e.g. six shamans so your opponent doesn’t have time to merge all. Value shaman is a late-game deck and I win most of my games by simply having more damage due to having more ranks and towers.

Here’s an example of how a win could look like for a value-shaman player: 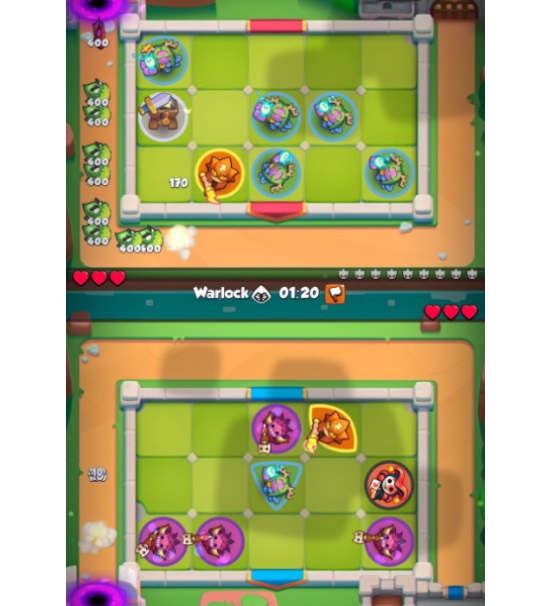 Here I won’t merge since he’s obviously waiting for my shaman-attack. I’m also saving my harlequin for a summoner since i just want to build my own board. In this situation, I know that he will merge before me since I’m winning. If i had a rank-1 thunderer and he had a rank-2 thunderer, I might have merged shamans one time, just to try and hit a rank-2 thunderer.

Later in the game, the board looked like this: 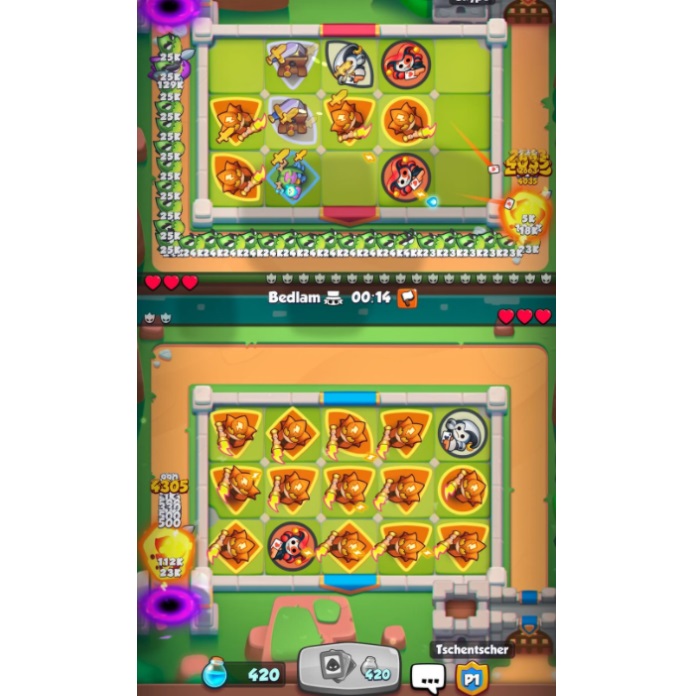 As you can see we both have summoner, mime, and harlequin in out decks which SHOULD mean that we have the same amount of ranks on our towers (same value gain). The difference here is that I’m playing shaman and therefore removing value from his board. This results in him having a combined rank of 22 on his towers while I have 41 ranks. I have nearly double the amount of him, and in this game, I was very patient and made sure I hit all my shaman-attacks.

How to Counter Shaman in Rush Royale

ou want to be patient. Basically, this game comes down to having the strongest board, so try to get a stronger board than your opponent without merging.

If this isn’t possible then you obviously have to merge but merge smart so you merge the minimal amount required to get a stronger board than your opponent.

Last important note of this guide:

Shaman hits harder on higher rank towers! If you’re against a shaman player you generally want to avoid rank 4+ towers since a shaman-attack on your rank 4 towers basically means a loss of a rank 3 tower (It takes two ranks 3 towers to create a rank 4).

So the late game you try to keep a full board to minimize the risk of shaman hitting your higher rank towers (don’t merge to rank-4 towers to avoid a shaman attack, it’s too risky).

This was me keeping it short… Feel free to ask any questions you might have regarding shaman (or anything else, really)

Playing shaman: Be patient with your shaman merges to guarantee that they hit.

Playing against shaman: Be patient with your merges so you have multiple towers with the same rank so you can avoid shaman-attacks by merging

You may also read this: